Tactical Everything? Go Tactically Fuck Yourself

Every trend reaches a point where it is so inundated with wanna-be’s, jackasses, sycophants, and just plain-old bad ideas, that the stupid factor reaches critical mass and ruins that trend for good. It happened to First Person Shooters, it happened to Zombies, to metal music, to social media, to mustaches, to fucking hot sauce and to bacon. Today, we’ll be talking about none of those. Today I want to address the urban Rambo phenomenon, and how fucking stupid you make gun owners look.

Primarily, I want to take a look at the trend of “tactical everything.” Because anything can be tactical if you wrap it in 550 cord! I carry a gun, I believe in self-sufficiency, and I get that people should take steps to be ready for unexpected events. But I will cast myself into an open volcano before I have one ounce of empathy for these stupid fucking “preppers” and their urban Rambo counterparts. However, as with any product, I really can’t decide who is more at fault, the enablers who offer these things or the fuckwits who buy them.

When the fuck did EVERYTHING become “tactical?” Anytime I hear the words “tactical” or “operator” more than two sentences apart, I reflexively dismiss everything that person has ever said, because I don’t fraternize with couch commandos. And keep in mind I’m not talking about 550 bracelets and plastic handcuff keys. I’m talking about tactical umbrellas that don’t break in case you have to hit someone with it, tactical “self-defense” water bottles that have sharp points for swinging at people, tactical pens made of titanium for stabbing in an emergency, tactical walls that oh-so-cleverly hide guns, and the crown jewel of stupid – tactical ball caps that are filled with iron sand, in case you want to wear your cudgel. Or if that’s not your style, how about a tactical baseball hat that cleverly conceals a polymer knife/knuckle combo!

All of these “novelty gear” or “tactical everything” companies are ALWAYS founded by Black Ops Tier 1 Operator Navy SEALS who graduated Ranger School with 400 years of CQC experience. Who are we lowlife civilians and POGs to call them out on their bullshit? These guys have been doing Combat Controller Ninja backflips in their tactical kilts and killing commies with their bare hands in 3rd world shit holes for longer than we’ve been alive! With a Medal of Honor winner on every design team, you HAVE TO HAVE this TACTICAL PARKA because your LIFE may depend on it someday!

And if you think that shit is absurd, we’re not even halfway there yet. If you already haven’t proven yourself a certifiable ninja assassin badass, maybe you aren’t eating enough tactical bacon! Maybe instead of keeping your phone in your pocket like the rest of the ignorant sheeple, you need a tactical cell phone case with a hidden knife in the clip! And don’t the shit-for-brains wanna-be urban brawlers have left out the ladies in the room. Never fear the homeless again, as long as you wear your tactical bra.

What’s a day at the office without your tactical necktie and tactical suspenders? You never know when those damn Koreans are gonna go Red Dawn on the accounting firm you work at. And when you get off work and fire up that barbecue, the best way to not be caught dead in your own yard is to be prepared for anything in your tactical grill apron. And hey there buddy, got the time? You will with your tactical wristwatch! THIS WATCH IS MADE BY A NAVY SEAL WHICH MEANS YOU WILL BE A NAVY SEAL TOO IF YOU WEAR IT! Extra points if you use the tactical Escape and Evasion watch band to turn your CIA timepiece into the ultimate tactical self-extraction apparatus!

I literally typed the most far-fetched thing I could think of into Google – “tactical condom” – and guess what? Not only do they make digi-cam tactical condoms in an ammo box dispenser, but they make tactical MOLLE pouches specifically for mounting them to your armor, fanny pack, necktie, butt plug, or whatever other bullshit you’ve strung MOLLE webbing on.

Don’t laugh at the novelty. If you do, you’re part of the problem. Instead, you should be embarrassed that not only did some wanna-be navy SEAL come up with this bullshit, but there are people out there dumb enough to buy it. I’ve spoken to plenty of vets about this phenomenon, and most of them consider it a fucking embarrassment, and these guys have had dysentery for extended periods of time. They would literally rather shit their brains out every day for a month than be caught dead supporting this kind of garbage. Not only does it make you look like an overcompensating nutjob, it paints ALL gun owners like assault-fearing pretend killing machines. Yuppie liberals who have never touched a gun in their lives see this shit and think all of us gun owners are stacking as many concealed weapons on our person as humanly possible, so terrified of getting mugged that we’d weaponize our belt buckles just to have an excuse to blow someone away. These dickless lunatics running around with anti-abduction tactical watch bands are making ordinary chuds into presumed cop killers by association. Every person has a right to defend themselves. Every person also has a right to buy the dumbest possible shit in the world to turn every single thing on their person and in their house into a deadly weapon, provided you have the right ninja assassin training, or at least attended tactical yoga classes. Just like I have the right to call you a wanna-be hack who is making people like me look bad with your endless parade of tough-guy faggotry. Has anyone ever noticed that half of the people who buy into this shit are fat as fuck anyway? If I ever see someone in public wearing “tactical apparel” or carrying poorly concealed “tactical weapons,” you know, pens and baseball caps and shit, I will make it a point to tactically beat the shit out of you with my tactical fists to prove that all of the CIA-Black Ops marketing schemes in the world won’t make you any less of a screaming pussy. This year, for Christmas, I hope Santa Claus tactically murders the pets of anyone with a tactical Christmas stocking hung over their mantle. 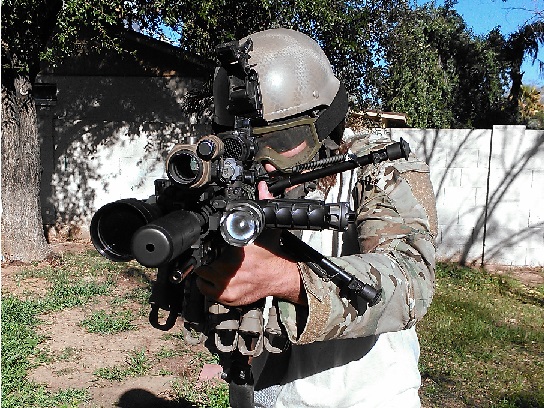 📂This entry was posted in General Manliness Things That Suck Violence
« A Day In The Life, Part 2 The Black Friday We Deserve »