3 Reasons Why The Batman Vs. Superman Trailer Sucked Ass

Earlier this week, the internet collectively lost its shit over a leaked trailer for the new Batman Vs Superman: Dawn of Justice movie. Warner Brothers, in the spirit of “fuck it,” decided to release the official trailer early in light of the leak. Article after clickbait article popped up immediately after the leak praising the “edgy” and “atmostpheric” trailer as one of the greatest cockteases ever put to film. Each and every single one of those articles is wrong.

I get it, its just a trailer. Keep your shit together until the actual movie comes out. But the Dawn of Justice trailer sucks, and here’s why you’re wrong. In the interest of keeping it short and sweet, lets get down to business, shall we?

1. If it wasn’t for the Superman logo, I would have thought I was watching a trailer for the next Sin City. Movies that are “dark,” “atmospheric,” and “edgy” are officially a dime a dozen, and just because this movie is directed by the guy who brought that trend into contemporary cinema doesn’t make him immune from his own shitty, saturated art direction. There was so much grey in the trailer I half expected to see a woman in a ball gag get abused by a rich cocksucker at the end.

2. It didn’t actually show us anything. Sure there was inane gibberish in the background the whole time that kind of set the stage, but there is nothing in that trailer to actually convince me to SEE the movie. The whispering in the background tells viewers that people hate Superman because he’s too powerful. But we already knew that. When you can do anything and can’t die, where’s the fucking conflict? Hell, most people who actually do read comics hate Superman for the EXACT SAME REASON. So either Zack Snyder is trying to be “meta” in his storyline, or he was too busy getting his asshole licked by nubile Filipino boys to give a fuck about the plot.

3. I mean this to be informational and not condescending, but for those who are not too familiar with the DC universe, there is an event that actually does pit Batman and Superman against each other in a fight to the death. In it, Batman BEATS THE EVERLIVING SHIT out of Superman before faking his own death to make a clean getaway. In it, Batman is shown to wear some funky Anti-Supes armor:

Now this may look familiar to those who have seen the trailer, it should be: 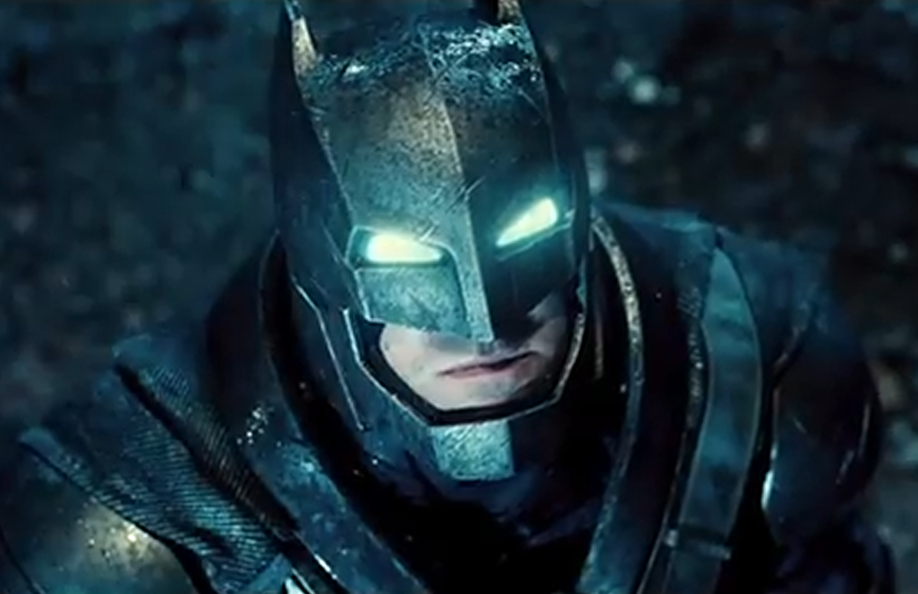 In the normal run of things, I would be totally OK with seeing a “Dark Knight Falls” movie, as it was easily one of the best story arcs in the DC universe. However, the build up to the story arc is arguably as important as the arc itself: after years serving side by side in the Justice League together, Bruce Wayne is starting to feel his age and retires. His eventual return sends the Joker on a murderous rampage, killing children, bombing amusement parks, you know. Real next-level shit. Batman has finally had enough and mercs the Joker on live TV. This draws the attention of Superman, who is sent in to stop Bruce and bring him “to justice.” Batman, of course, planned for an eventual stare down with Superman and uses his nifty gadgety bullshit to beat Superman within an inch of his life.

Sounds fucking rad right? If the blue-eyed costume in the trailer is any indication, the plan is to have this monumental showdown happen at the BEGINNING of the Justice League saga and not at the END. What does that mean? It means ALL of the precursors to the fight, the years of tension between heroes, doesn’t exist. The build up just isn’t there. It just kinda… Happens. What a fucking waste of an opportunity. DC is willing to squander one of its most pivotal climaxes for the sake of shoehorning 20 years of story into one movie. What a God damn waste.