How To Be A Bro In Six Easy Steps

Every generation has it’s fashions and trends that seem to captivate the lives, minds, and wallets of impressionable idiots commonly known as youths. The 60s had drugs, the 80s had far-too-pretty Glam Rock, and the 1990s of course were defined by not showering and doing heroin (grunge). These things are considered to their time to be “cool,” even though years later those who participate in such scenes often look back and wish their parents had aborted them before they turned their lives into such a conglomeration of disaster by following every foolish trend thrown at their face. Never to be outdone, the current generation of our new millennium has not only one major scene, but two. The first commonplace scene is the world of tears and way-too-tight jeans known as emo. To cover such a diversely homosexual and shameful trend would take more writing on my part then I’m willing to commit to right now, so I have decided to examine the other commonplace trend that your friends and family, children, what have you, are falling victim to.

The world of brocore, or “bro” for short is a fascinating and diverse study in the finer aspects of a dysentery-inducing mash up of cultures common in the late 90s. Being a bro is like walking a tightrope between white trash and thug-nasty, only the rope is made out of cans of Monster energy. It often gets tricky to explain exactly how fully evolved sentient human beings can stoop so low, so instead of trying to explain what it’s like, I wish to make it possible to show you what it is like to be the modern mouth-breather. So without further adieu, I present the six steps of brocore, as translated directly from the Brosetta Stone, a broly document that catalogues the founding of the world’s first representative bromocracy. 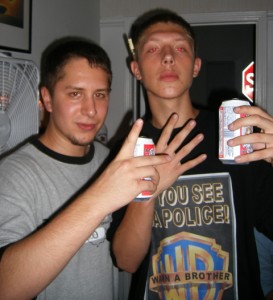 Bros are indeed pack animals, and as such, in order to become one, you have to find or assemble a group to associate with. The first sub-step in this is to find someone named Slater or Travis, and attach yourself to their hip. There must ALWAYS be a Slater or Travis in every bro group, and they MUST sell pot, or else you are liable to be called a poser by the real brocore population. Treat this person as your little green Broda, let him teach you the way. Next you need to recruit the other, auxilary members of your group. Good candidates for these positions are anyone named Austin, Kyle, Kevin, or Jeff, anyone who is fat and obnoxious, anyone who likes to be shirtless, or anyone who has a pot plant decal on their skateboard. Extra points if they fit multiple criteria. Before admitting them into the group, they must first pass the brovaluation. Crack open some Patron and watch a few episodes of Mad Men or Fantasy Factory with them. If they aren’t totally stoked by the third episode of Weeds, they aren’t the caliber of bro should chill with.

STEP TWO: Get around in style.
Now that your group is assembled, you obviously need a means to get around. Unfortunately you ALL can’t ride your skateboards everywhere. No, you need something with a motor. And not just anything with a motor. I mean your mom’s minivan can carry everyone in your krew, but she just won’t let you put those chrome rims on it. What a bitch. What you need is a vehicle that, at a glance, communicates how HxC and brotastic you really are. I know of only two motor vehicles fit such a category. As a rule of thumb, leave your AK at home and not in your backseat, less the Five-Oh confiscate that shit and you are rendered defenseless against any rival bro sets who seems to be front’n.

A) The lifted truck.
This mode of transportation is more suited to those who weren’t given enough attention as children. You’ll be sure to grab all the attention you’d ever want when your twelve foot tall Toyota Tundra/Ford F-250 whips around a corner with your subs at 100%. Any lift kit under six inches is a waste of money, go big or go home.

B) The Honda Civic
This vehicle is more properly suited for the competitive types. Manual or automatic, this wondercar is sure to blow away any opposition clean off the line with its powerful 4 cylinder engine, substandard reliability, and sleek design. Driving a Honda Civic immediately turns you into The Transporter, so be sure to drift around as many corners as possible to let people know what you mean business. Since you never know when you may find yourself at a party, always keep a folded up beer pong table in the trunk. Remember: revving your engine is healthy for the transmission,and turn signals are for pussies.

STEP THREE: Look Sharp
When you roll up in your monster truck, people will expect nothing less of a driver of such a vehicle to look the utmost of brotacular. Since proper attire is a must, let’s go get your some sick threads to match that sick ride of yours. Frequent stores like Industrial, Zumiez, Tillys, and any local ride shop to get the best deal on gear. Modestly sized plugs in your ears are optional, but don’t go too big, or else you may get fired from your job at Peter Piper. However the Throwdown/Fox Racing shirt, SRH skate shoes, brass knuckle belt buckle, Dickies, and the appropriate “lid” with your favorite baseball team’s logo are not. Remember to keep the stickers on everything you buy, like this: 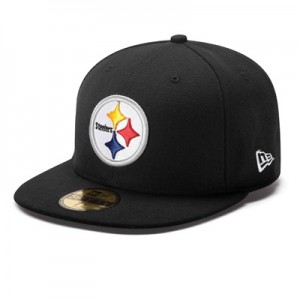 Also, invest in a good pair of Broakleys, Spys, or for the budget-conscious, Locs to keep your retinas safe from harmful rays when you are outdoors after an eight ball. If you don’t have a hookup for coke, your sister’s adderal will do. Also, try to hit the gym and sculpt those abs, bitches love dudes with a diet high in brotein.

STEP FOUR: Make sure your girlfriend looks exactly like all of your friend’s girlfriends.

As diverse as the bro is, he really only has one option in terms of courtship. The brocore female(hereafter referred to as the “bro ho” or “slam piece”) comes in one variety.

Short
Blonde AND black hair(one or both colors permitted to be fake)
A nice pair (while wearing a push up bar that is, but we’d not expect this kind of vapid skank to own one that isn’t)
She can only wear pants twice a week. Basketball shorts, skirts, or sophies will suffice the other five days. Also, her thong has to show at least half the time she is in public, or else she’s a poser.
Blank, mildly vacant look in her eyes, synched perfectly to the blank, mildly vacant state of her mind.
Enough foundation and concealer to suffocate a bear
All other fashion points noted in Step 3.

Despite the fact that your slam piece will look and act exactly like Slater and Kevin’s slam piece; you may not use pet names to distinguish her from the rest. If you really are having trouble telling them apart, you have two choices. You can “accidentally” screw your “homie’s” hoe and claim you thought she was your own, or you can hit her around a bit and memorize where her bruises are. The latter is the preferred method in most brocore circles, however the former is a mainstay of brociety, because every bro loves slammin’ other people’s girlfriends.

Badass ride? Check
Badass style? Check
Badass brohoe? Check.
Damn you’ve got good taste. Someone with that good a taste in clothing and women is bound to have a good taste in music as well. Not everyone is blessed with ears sensitive to ill beats, but luckily for those of you who fit that criteria, it’s really not that hard to understand the bro’s musical tastes. Just listen to a bit of “everything.” Common examples of “everything” include: Kanye West, Rick Ross, 50 Cent, Bro Rida, Kottommouth Kings, Chingy, Kid Rock, Hank Williams, Sublime, and Pennywise. For times when you are away from your bitchin system in your juiced up ride, a pair of 2XL earbuds are a must.

At least once a month, you should hit the “dunes” with your “bros” to ride your dirtbikeor quad. Be sure to pack plenty of bratwurst to grill up, and more than enough brewskies for your broloaf to pound. However, be mindful to keep the Four Loco in your cab and not in the toy hauler with your beer cooler , because its much cooler to drink a few on the drive there as your way of saying fuck the police. When it’s not your turn to ride, be sure to have a rolled blunt tucked in the lip of your hat, more for show than anything else, but you are allowed to smoke it if the mood strikes. Sizzurp flavored wraps are preferred.
If you can’t afford a dirtbike, or if you have one and can’t get a sponsorship deal, consider taking up paintballing instead. Or maybe attend a brodeo. And don’t brocrastinate about it either, as long as you have some way to bro off steam after being bro’d up by your brozilla parents, douchebag college brofessor, and bromosexual boss, you can avoid having brogus emotional bro-down and looking like Brozo the clown in front of all of your brosephs.
And remember, its 4:20 somewhere!

There you have it. You now hold in your brain’s memory banks the quintessential guide to brocore stardom. I know it may seem like a lot to take in at one time, but being a bro is not for the faint of heart. Just take it a step at a time, and before you know it, you’ll have BOTH your parents embarrassed when Thanksgiving dinner rolls around and your extended family will have to see how much of a worthless piece of shit their nephew has become.