6. BlackTide
I went to a summer fest last year, and unfortunately, Black Tide was there. I am aware that Phoenix is hot, hotter then Black Tide’s home state of Florida, but the heat does not forgive the atrocity this band committed that day. They came out, every single one of them, in red spandex shorts. They complained that it was just THAT hot, as everyone in the crowd was fully, or mostly clothed. After them, Five Finger Death Punch came on and made fun of them. Even the radio DJs covering the show made fun of them. And of course, seeing that their singer was sixteen at the time, his voice kept cracking while he sang, and he no longer sounds anything like he did when recording. Aww, congratulations son, your balls are starting to drop. Now, have you ever heard the story of the birds and the bees?

Even if he could sing how he is supposed to, I wouldn’t want to hear him do it anyways. No sixteen year old can write good anything. One example is the song “Shockwave,” their first radio single, the lyrics go “I’m a shockwave and I don’t need anyone… Don’t mess with me i’m a shockwave ready to kill.” Every sixteen year old has said at least once “I don’t need anyone.” Sixteen year olds are so very self sufficient. They can take care of themselves. They can pay their own rent, wake their own asses up for school, and think clearly for themselves. At least, that’s what they all want you to believe. The truth, however, is much more harsh: you can’t. The song was probably adapted from something Gabriel said to the schoolyard bully a year or so before. Twenty bucks said the bully beat his ass even harder for that. I know I would have.

Another prime example is the song “Let Me.” If the guy from Buck Cherry tried to write a song for his band before ever learning how to masturbate, it would be this song. It’s another obvious attempt for Gabriel to cover up the fact that he can barely legally drive by trying to act hard. I hate it when stupid little kids try to act tough. You are sixteen, you ain’t shit. Your life is too short to be difficult, you don’t know shit about shit, you’re not tough, you’re not mature, you’re not hard or wise or cool or talented. You are a dumbass kid trying to convince a girl to “Let me touch you.” Good luck with that, not like you would know what to if she somehow agreed.

There isn’t much to be said about the other musicians of the band, except for the fact that they all suck so hard, they couldn’t get a real band together and had to resort to getting a whiny teenaged singer to do all their work for them.

7. Lordi
A European rip-off of GWAR, this band dresses up in monster costumes and sings songs called “Hard Rock Hallelujah,” and “The Devil Is A Loser” They’ve been tearing it up (but not really) since 1991, but no one gave a shit until 2006 when they won some silly European band contest. After that, they played first slot on the main stage of Ozzfest 2007, and in the Phoenix date, got booed and jeered for their entire set. I kind of felt bad for them, but their music was horrible so they deserved it. And again, they ripped off GWAR. GWAR doesn’t seem to mind much, Oderus Urungus playfully mocked them as “silly humans” in costumes, and Mr. Lordi claimed to have never heard of GWAR at the time of the band’s inception. The resemblance is still to be considered uncanny at best, flagrant plagiarism at worst. Plus, their costumes are pretty dumb too. They have a mummy, and I think a werewolf. I honestly can’t really tell by looking at them, but it still doesn’t hold a candle to Oderus’s living cock, The Cuttlefish Of Cthulhu, which sprays various fluids on the audience at shows, or Ballsac the Jaws Of Death. Mummy VS Prepetually Jizzing Cosmic Scrotum? No contest. GWAR once got into a lot of trouble for their “Cuttlefish” costume after Oderus was arrested after a show and almost deported for “obscenity” because it was still attached to his costume while he was walking around. The police confiscated the Cuttlefish and held it as evidence that the singer was “exposing” himself to the public. When Lordi can make the news in a similar fashion, maybe they will be worth of being bumped off this list. Until then, well, I guess we’ll just resort to making fun of the Lordi movie that came out a year ago. Again, it can’t hold a candle to GWAR’s “Phallus In Wonderland” motion picture. GWAR Jr swings, misses.

8. Amy Winehouse
Recent news reports posed this question after a rehab stint gone horribly wrong: “Will Amy Winehouse live long enough to make another album?” I hope not. She is both of the Olson twins and Courtney Love combined. She is an uber-skinny crackhead, yes, a literal crack head. Remember this video? About 1:20 in, Amy Winehouse lights up a crackpipe seconds after admitting to taking a handful of vallium.

Caught on video smoking crack cocaine, like the white trash burden she is. She became famous and won a Grammy for her song “Rehab” in which she sings (well, more like drawls and mumbles in a methadone induced coma) about how she denies needing rehabilitation for her drug habits. I can’t even begin to point out the irony of that statement. This strung out cunt bucket is the very embodiment of everything I hate. I hate her music, I hate her look, I hate her attitude, I hate her reputation, I hate her press coverage, I hate her bullshit drama filled addiction life. I hope they find her sucking asshole in a dumpster for drug money. I hope she gets raped by a steamroller. I hope her entire family dies. I REALLY hope she doesn’t make another album.

9. Nickelback
Listen… Is it Daughtry? Theory Of A Deadman? Alter Bridge? No, its Nickelback! Not that it matters much, because all four of those bands are the same thing. If you can actually distinguish one band from another, and listen to Nickelback, the old adage “ignorance is bliss” will immediately come to mind. The Kings of Generic Rock strike again and again, proving their status as one of Canada’s highest selling acts (which doesn’t mean a whole lot) with such sub-par anthems like “Someday,” “Photograph,” and “Rockstar.” “Rockstar” is a funny song I think, because willowy front man Chad sings in detail about how much he would like to be a famous and rich rockstar, properly implying that he isn’t one. Again, if they are one of Canada’s highest selling acts, everyone else in that country must be DIRT poor, and inspiring other generic rock acts (those listed above) isn’t anything to brag about either. “Something In Your Mouth” is the best song they ever wrote, and its only by default for being mildly clever. Too bad it only took them ten years to write it. It’s not even that it’s a good song, it’s just so stupid that it comes off as funny. Like Smart cars. I hate Smart cars. Sure, they get 30+ miles to the gallon, but no matter how much you save in gas prices, you won’t be able to buy back your dignity with it. Who the fuck would want to be caught dead in one of those tiny shit-boxes anyways? It’s the most embarrassing vehicle on the market, which is saying something, because there are so many ugly fucking cars out there. Like the Prius. Oh lord, the Prius is ugly. All hatchbacks are inherently ugly, seeing as they were primarily meant to be places for hippies to sleep in during the 60s, so why the hell is bad taste making a comeback? Why can’t a car be fuel efficient and not look like a tumor?

10. Matisyahu
Strike One: The rejected Beastie Boy, Matisyahu is a Jewish Hebrew-Hip-Hop (Heeb-Hop?) musician. He admitted to being a huge Grateful Dead fan, and to going on some spirit journey while following the band Phish on a US tour. Let that sink in a second. Okay, ready to continue? 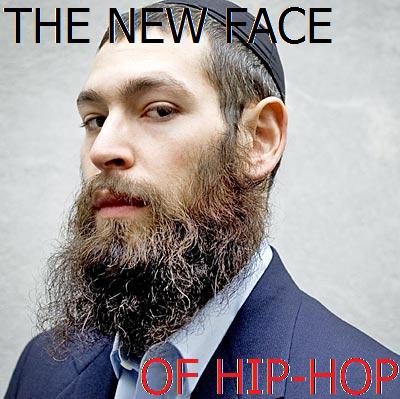 Strike Three: He only ever had one fucking hit single. Three albums, a number of live and remix offerings, and he’s only churned out one single. “King without a crown” is a tragedy of modern music. Not only does it showcase his annoying preaching of his beliefs (I don’t care what anyone believes, I just hate when people preach) and his horrible hip hop voice, it shows yet again that people today have no fucking taste in music. It also goes to show that despite three major releases, the fact that he has only garnered one hit just about categorizes him as a talentless gimmick who got a lucky break. Let’s hope this guy remains a one hit wonder and fades into obscurity and not infamy, like Sir Mix-a-Lot did. That guy wrote one song and probably made a million dollars off of it, considering it is still played in every sporting event, Burger King commercial, and high school assembly ever. I genuinely hope Matisyahu doesn’t get as lucky as Mix-a-Lot did.

He just stands in front of a microphone and stutters like a retarded black version of Tourettes Guy! That is not talent. It’s not cool. It’s not bling, it’s not smart, it’s not new, it is just fucking stupid. Why then, do people mindlessly buy into this horse shit hip hop garbage? Are the people of today too brain dead to grasp anything but the most rudimentary of concepts? He’s a barely legal, talentless, cocky shitstain, and just because he made up a dance to his stupid song, doesn’t make him cool. It’s like the Electric Slide, or the god-forsaken Macarena. It’s stupid, repetitive, and mindless. Exactly like the people who write, produce, and consume this media vomit. Get hit by a car or better yet, a lynch mob, you talentless sack of teenage shit. The sooner you die, the better off the world will be. Furthermore, any band who, jokingly or seriously covers this song and turns it into a screamo marathon, for any reason, needs to meet the same fate as the one who originally wrote it, that means you I Set my Friends On Fire. If you do a YouTube search of this kid’s videos, you will mostly just find snippets of real rappers talking about how much of a loser this guy is. When everyone hates you for what you’ve done to them, it doesn’t mean you’ve pushed the boundaries and invented a new art form, it means you should probably stop what you are doing and consider taking a shower with a plugged in hair dryer.

📂This entry was posted in General Music Pop Culture Things That Suck
« The Man Awards: Most Repetitive Actor Funemployment: A New Pinnacle Of Human Irresponsibility »