2012: The Longest Chase Scene Ever Filmed

2012 is bullshit. Not the movie mind you, the “Mayan Prophecy.” The fifth world will not end in some cataclysm/war/famine/flood/slew of bad disaster movies, and the only thing of magnitude that could happen on 12-21-12 is that a bunch of dumbass hippies collectively realize they’ve been as had as had can be, more had than John Malkovich after investing in Bernie Madoff.

Call me a doubter, but I’m not willing to sell my house and move into a fallout shelter, or convert to hippy-ism or whatever the fuck people are doing to prepare for the “end of the world.” Think of this: If the planets align, or the sun explodes, or the magnetic poles reverse, everyone is going to die anyways, so what fucking difference does it make if I was ever a doubter or not? The Mayans were indeed advanced people for their time, but they also sacrificed their fine-ass virgin daughters to feed the sun, because he needed nourishment to have the strength to go into hell after dark and fight battles against dead people. I’m expected to believe that people who weren’t advanced enough to predict the Spanish could somehow tell us the exact time and day, hundreds of years in the future the world is going to end? (Update 12-22-12: Told you so) Now that we established that people back then knew everything, let us establish this: this movie has nothing to do with the actual Mayan prophecy and everything to do with John Cusack freaking out over giant volcanoes and shit. When attending this movie, do not take it in context with anything regarding the prophecy, and treat it just as another high budget disaster film. I promise you it will be much more enjoyable that way.

That being said, 2012 the movie really wasn’t all that bad. Really. I’ll be mercilessly bagging on it for the next page or two, but let’s just say I was still satisfied with the end result. I recommend you see it if you have shown interest in it up to this point, unless that interest is based on a personal belief in the alleged truth of the 2012 “conspiracy” or whatever. If that is the case, I recommend ceasing all cardiovascular activity immediately. After all, people go to movies for mindless entertainment, not in pursuit of knowledge (which is probably why Jackass outsold every big screen documentary I could think of looking up). The special effects were top notch, if the script was slightly lacking in plot. They must have taken a clue from the Michael Bay playbook, because we all know that character development should rightfully wither on the back burner because falling rocks are far more interesting.

Two thirds of this movie, and in fact the entire first half (and again some later on) is just John Cusack being chased by collapsing buildings, fissures, lava, mechanical gears, and tidal waves. In between, we are given ample opportunity to learn about the psychology of breast implants, watch a crazy Woody Harrelson eat pickles, watch Danny Glover portray the totally-is-but-isn’t-Obama President, that the Dalai Lama drives a beat up pickup truck, that surviving a global catastrophe is much harder when you have asshole children to worry about, that small pocket dogs (I call them kick-rats) are more trouble than they’re worth, and that fat children are hard to throw. My favorite part: when they overdubbed an actual Arnold Schwarzenegger press conference with an obviously bad impersonator because they probably couldn’t pay the real Arnold enough to talk about some made up Armageddon scenario.

A few weeks before the movie’s release, the director revealed to the press that the scene in which Rio de Janeiro is destroyed and the statue of “Christ The Redeemer” crumbles to the ground was not in the original script. According to him, a scene featuring the destruction of Mecca was supposed to take its place. Alas, after the filming of the scene, the director predictably received death threats from Muslim leaders who can’t take a joke upon learning that their oh-so-fucking-holy city was being defiled on the silver screen. In fear of being killed by some hairy, smelly, goat fucking Hajji with no sense of humor, he decided to give the F-U to Christians instead by featuring the scene with the Redeemer, even though a later scene shows the Vatican collapsing on top of the Pope. Fucking Muslims have NO sense of humor. The leader of Catholicism was going to die anyway, and you can’t give up a few fucking buildings made of mud and shit to the point in which you threaten to kill the director? This reminds me of the time that Muslims starting bitching and moaning about a comic strip that featured the Prophet Mohammad. The artist was under threat of death for that too, all this from the “religion of peace.”

Anyways, the movie starts out showing various scenes between 2009 and 2012. Brief snippets showcase the original discovery of the impending catastrophe followed by mysterious clips of various occurrences in the world, such as the construction of a dam in China, or an Arab Sheik signing a contract with a very large price tag attached to it (Yeah, I thought nuclear weapons too). A-la Dan Brown, the scenes later make sense when plugged into the advancing story.

Speaking of the story… Well that about covers it. The world is gonna end, and only those fortunate enough to buy themselves out of it will survive is the gist of what the movie conveys. Eight of the world’s most powerful governments (The G8 Nations, being USA, France, Italy, Canada, Japan, Germany, Russia, England if I remember correctly) know of the end of the world, and the rest of the world is left in the dark to avoid widespread chaos. The 8 nations work in secret, planning the continuation of humanity with billions of dollars from the private sector. The plan is to build giant “Arks,” later revealed as massive boats in which the wealthy-enough can buy their way into, thus surviving the floods of biblical proportions that are to unleashed on the world as the sun melts the earth’s inner crust, causing earthquakes, tsunamis, and a magnetic pole shift. Despite the magnetic pole shift however, most electronic devices somehow remained active. As a matter of fact, they only seem to fail at pivotal parts in the movie, at times aiding or hindering Cusack’s families’ chance for survival. For example, the radio station Cusack is listening to suddenly flatlines, and in flipping through the other channels, he comes across a broadcast by a psycho Woody Harrelson talking about none other than the end of the world. This plot hole is attempted to be explained later as it is maintained that satellites in Earth’s orbit remain online and usable, which would make sense except for one thing: Woody Harrelson is broadcasting out of a Winnebago in Yellowstone Park. You mean to tell me a crazy pickle-eating nomad can somehow afford to broadcast his nonsense radio show on XM?

So to review, the richest people in the world are allowed to buy onto one of the Arks which no one else in the world knows about. One thing leads to another, Cusack and co. arrive in CHINA where the arks are docked and sneak onto one with the help of a Chinese worker who helped build the damned thing, yet was denied passage onto one. As they arrive, we learn that one of the arks was badly damaged when the roof collapsed on it. You read right, the boat that is supposed to survive the end of the fucking world gets ruined because a roof collapsed on it. Everyone who was supposed to board that ark was to be left for dead, until they overpower the two guards of another ark (good strategic planning there) and rush their way into the very same dock where our heroes are sneaking aboard. The floods arrive, President Glover chooses to stay behind and die with his people, and the Ark leaders refuse to let the stranded passengers of Ark 3 aboard because they are just random ass people, despite the fact that they already paid to get onto one of the arks. Of course, they have a change of heart, and let the hoards of people push their way into the ship, inadvertently saving John Cusack’s life just as some big door mechanism is about to crush him. At least I think that’s what happened. I slept through a bit of it.

But just when the giant blast doors to the arks begin to close, the gears inadvertently grind up a few of those who tried to sneak on, halting the sealing of the door. Way to go dipships, now no one survives. The selfless Cusack descends into the rapidly flooding bowels of the ark to dislodge the debris clogging the door mechanism, where his spoiled son follows him in after being told not to. Unfortunately, the little fucker doesn’t die, and predictably, the door is closed at the last moment due to Cusack’s heroics. Yaaaaay… Now they are stuck on an overcrowded boat for god knows how long. Could you imagine what would have happened if one person on the ark had swine flu, pink eye, or the T Virus? The whole ark would be fucked. Thank god for medical screenings… Oh wait, they didn’t screen anyone who boarded because everyone rushed aboard when the other ark failed.

In the end, Africa raises 7000 feet up due to seismic activity and is untouched by flood. Consider that, Africa was untouched by the flood, and now that’s the only landmass left in the world. It’s all part of that “Spirit of Africa” politically correct Black Panther crap. I would rather die in the flood than live on an unwashed Africa. I say unwashed because if the flood would have at least gone over Africa before the tectonic plate was miraculously elevated, it at least would have washed away all of the undesirable filth plaguing the entire continent. But no, instead the whole continent somehow remained dry; leaving all of the malaria, AIDS, ebola, Somali Pirates, Ethiopian Communists, Darfurian child soldiers, Kenyan rape gangs, , and venomous snakes alive and well, just waiting to ruin the lives of the survivors and last hope for humanity all over again. Who’d have thought that the survival of the human race lies in the shittiest place a human has ever lived, but this is the kind of hasty, terrible ending you can expect from a movie that has more deux ex machinas than M. Night Shyamaln screenplay.

The last scene shows the crew of the ark sailing hopefully towards this “brave new world,” selectively ignorant to the fact that Africa still sucks and they’d probably have a better time on the giant fucking boat for the rest of their lives than inhabit the last landmass on Earth… Holy shit! 2012 is a prequel to Waterworld!! 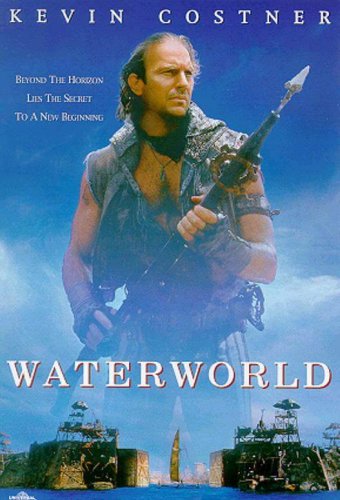 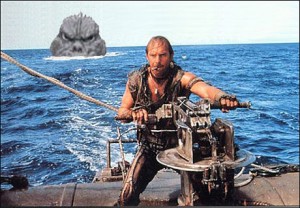 📂This entry was posted in General Movies Things That Suck
« Shitty Candy To Avoid Like The Plague R.I.P. Ronnie Dio »