Settling The Great Christmas Debate Once And For All

The Christmas season is full of many symbols, rituals, and traditions. Hot cocoa, baked ham, children singing carols, and Christmas movie marathons on TV. Whether you observe the holiday or not, everyone knows what the holiday season has in store for the public. For me, the one big thing I can always count on is having this particular debate:

Is Die Hard a Christmas Movie? 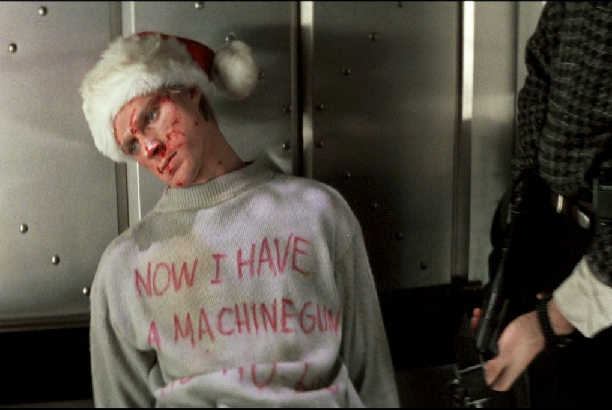 This simple question, like clockwork, leads to the same debate I, and surely many of you, have had ad nauseam every year. And frankly, I’m getting sick of it. I’m tired as fuck of arguing about it, tired of hearing about it, and tired of explaining to people why they are wrong. So who is wrong and who is right? Where do you stand on the Great Debate of our time? Let me make this easy for you:

DIE HARD IS NOT A CHRISTMAS MOVIE.

If you think Die Hard is a Christmas movie, go fuck yourself. You have never been as wrong about anything in your life and you deserve to eat dicks in Hell. Not convinced? Let’s break it down.

The “Yes” side typically resorts to the same few talking points, each of which are easily refutable. Let’s go through them one by one:

“It takes place during a Christmas Party!”

And it could have taken place on a Monday for all the script cares. It could have taken place on the CEO’s birthday or on New Year’s Eve and literally nothing about the film would be different. Let me set the scene for you: Nakatomi Corporation has just signed a major deal with an international partner, boosting revenue projections by tens of millions of dollars. Flush with the influx of cash and reveling in their victory, the executives decide to throw a mixer to celebrate all of the hard work that went into signing the deal.

Or how about this? It’s May, and the end of the school year bring with it a rush of new hires. Fresh out of grad school with the ink on their Bachelor’s degrees barely dry, Nakatomi Corp has snatched up as much young talent as they can budget for. In an effort to promote integration with the new team, they host a social event after hours at the LA headquarters for the young interns to meet the higher ups and ease the transition into the corporate world.

Nothing about Christmas furthers the plot of the film in a way that cannot be replaced with any other, or no other, point. In three minutes, literally with one of my hands on my balls, I have written minor tweaks to the plot that render the Christmas backdrop utterly invalid.

“But wait a minute, you can’t just take the eraser to the script and rewrite history to serve your purposes? What’s to stop you from turning Lord of the Rings into a romance at that point?”

Good question. Let’s try this same adjustment with other REAL Christmas movies to see if it pans out:

In Jingle All The Way, Arnold Schwarzenegger wants to get the hottest new toy for his son for his Birthday. He goes to the store and buys it without any problems, because his son’s birthday is in September and there’s no reason for the toy to sell out.

In the original comedy Elf, Will Ferrell plays one of Santa’s Little Helpers with a lonely secret. When he discovers that he is actually a human and not a born elf, he embarks on an epic quest to meet his real father, and on the way discovers the true meaning of Labor Day by saving Santa after his sleigh crashes into—- Wait. It isn’t Christmas so Santa wouldn’t be out on his sleigh.

Let’s take another action movie and turn it into a Christmas movie by changing arbitrary set pieces: Predator 2. Danny Glover is a hard boiled cop who unwittingly finds himself fighting for his life against an advanced alien race who hunts humans for sport. ON CHRISTMAS! Watch as he runs past Christmas trees to capture the Predator, and see Christmas lights in the background as the police and a local gang get into a firefight. It’s the CHRISTMAS movie event of the season!

“Arbitrary details be damned. It didn’t have to take place on Christmas but it did, so it’s a Christmas movie because the writers said so.”

“If ‘Just Friends’ is considered a Christmas movie, then Die Hard definitely is one too.”

“But the movie has Christmas undertones! John McClane went to LA to make amends with his wife and to be with his children for the holidays! If it wasn’t for the Spirit of Christmas, why would he have even tried?”

Let me get this straight. If it wasn’t for Christmas, John McClane wouldn’t have given two shits about the kids he apparently abandoned? Last I checked, he was being divorced against his will and has his kids stolen from him. The later films all establish that he does love his children (even if he is difficult to them) and wants to do right by them. If preventing a divorce is doing right by his kids, then the time of year does not matter in the slightest to the idea that he will fly cross-country to mend his broken relationship and be in his children’s lives. This point assumes that he’s a deadbeat who doesn’t actually care about his family. He just doesn’t want to be alone at Christmas, so he drums up a shitty reason to visit them and ends up accidentally swept in a terrorist plot. There is nothing in his character development to suggest this, so this point is not solid enough to stand.

He could have come for any number of other reasons. Maybe he just got served with divorce papers and decided this big deal-closing party was the best chance to save his marriage. Maybe it was Holly’s birthday and the office was having a party for her. Maybe the reason John was there in the first place is irrelevant to the rest of the film, because it is, and the fact that the writers chose Christmas over Valentine’s Day or Easter makes no difference. If it makes no difference it means that it being Christmas doesn’t matter, which means the film is not about Christmas, which means it isn’t a Christmas movie.

When routed by superior intellect, those on the losing side will often resort to point number 5:

The short and most accurate answer is YES. THAT’S WHAT MAKES IT A FUCKING CHRISTMAS MOVIE. If it wasn’t for that specific criteria, any shitty indie film that had Christmas lights in the background or some old dude with a red kettle ringing a bell outside of a supermarket would be considered a Christmas movie. There are standards that need to be met to consider a film a part of a specific genre. Twilight had a couple of fight scenes, but it isn’t an Action movie. The Simpsons Movie isn’t Anime. The Expendables had a man wrestling with drug addiction and finding redemption, but it isn’t a Drama.

Here’s the bottom line: It being Christmas does nothing to further the plot of Die Hard. Christmas is a happenstance of the plot, it’s not integral to it. There is no Christmas-specific message or moral and the chosen holiday is 100% arbitrary. If I were being generous, the film STILL would miss the criteria set in place by ALL. PRIOR. CHRISTMAS. MOVIES. EVER. MADE. Sorry to burst your bubble, but Die Hard just doesn’t cut it.

That isn’t to say that Die Hard isn’t a great movie, in fact it is still one of my favorites. And if you want to watch Die Hard on Christmas day to salvage some shred of fleeting manliness, after spending $600 on My Little Pony dolls for your children, do what you gotta do. But for those of us who are secure in our masculinity, we don’t need to force unfounded meaning onto something in order to get through this miserable shit show of a holiday.

📂This entry was posted in General Movies Pop Culture
« What We Can Learn From Boko Harem’s Kidnappings And Our Response To It Fan Mail Update, Jan 2017 »